Considering the scope of new standard TIS 1195-2561 Audio, Video, and Similar Electronic Apparatus – Safety Requirements is unclear, and the standard itself may not be in compliance with the corresponding international standard, Thailand government has decided to cancel the standard TIS 1195-2561, which was supposed to be implemented from Aug. 29th, 2021. This decision has been effective from Aug. 28th, 2021.

The existing old standard for audio, video and similar electronic apparatus TIS 1195-2536 shall remain effective until the implementation of TIS 62368.

At present, Thailand government has received a number of suggestions for TIS 62362 from public, and yet to announce any official information about this standard. MCM team will keep following it. 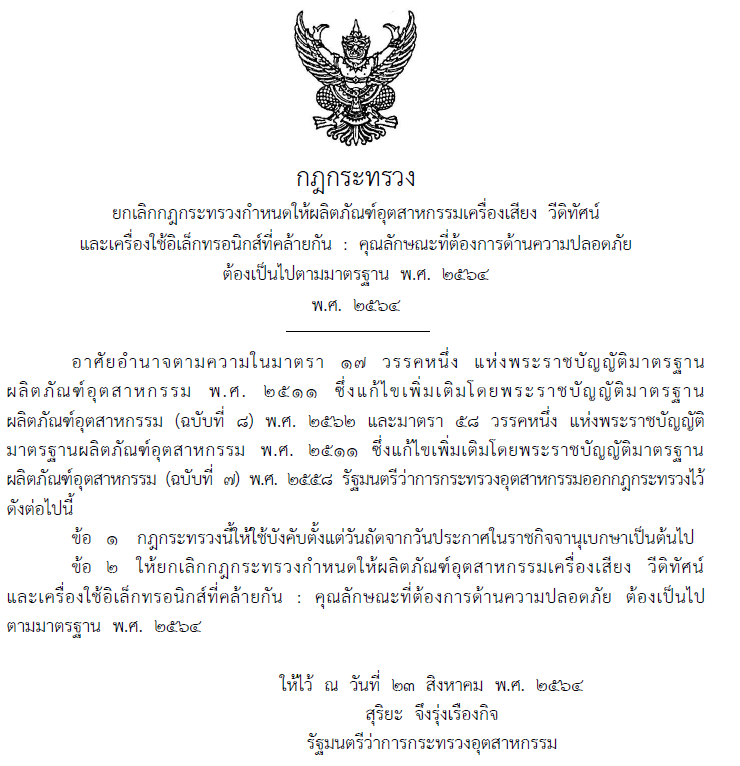